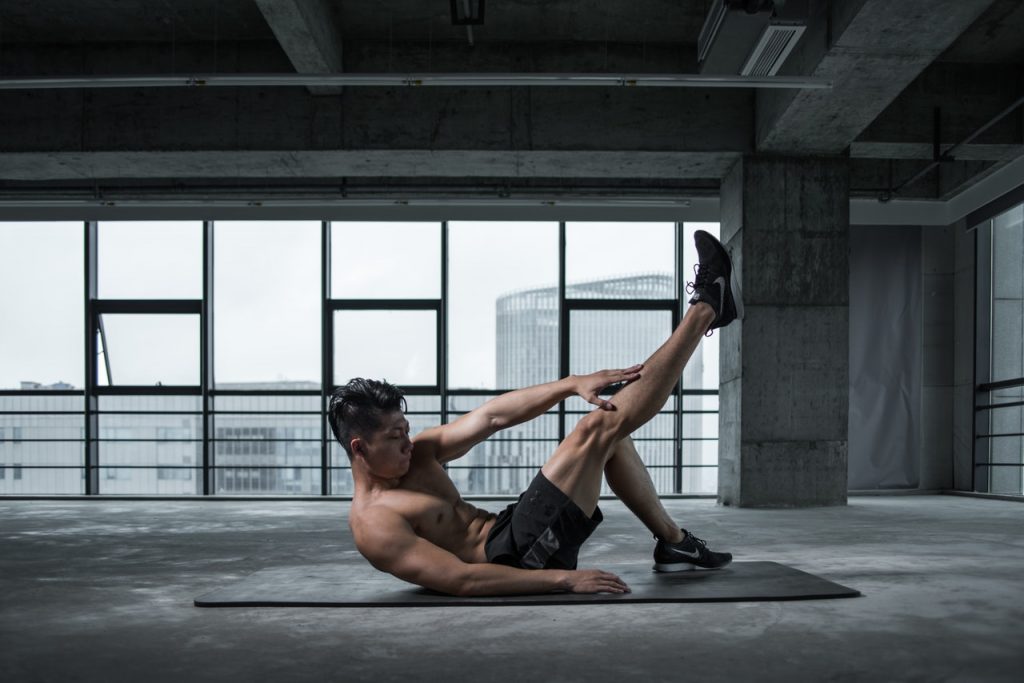 You’ll never get rid of stubborn belly fat if you don’t have the right approach. Nine out of ten people give up after wasting months without getting any results.

Your body will fight you and hold on to those last pockets of fat. But understanding how the process works can help you outsmart it. Check out the most common mistakes people make. Learn how to avoid them and finally get shredded.

What Foods to Eat to Lose Lower Belly Fat?

There’s a lot of overlap between eating to get lean and eating to be healthy. But they’re not the same thing. Sticking to whole foods can help you lean down. Though if you really want to get shredded, you need to work harder. Lower belly fat is considered “stubborn” for a reason.

The body needs energy to remain functional. Food is where most of it comes from. However, adipose tissue (fat stores) can also provide energy in times of need. To keep burning fat you need to reduce your intake. Or you can bump up your activity so your energy needs are not covered by food.

Often it comes down to reducing your caloric intake. Calories are how we measure energy in food. Note that a lot of healthy foods are very energy dense. It's important you shift your thinking from “healthy” to “low-calorie”. You can eat clean and still end up gaining weight. 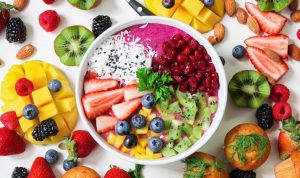 Here are a few great options (healthy and low-calorie):

The leaner you want to get, the more important it becomes to limit foods from this list.

Read the nutrition label and pay attention to the caloric content. Learn the energy contents of common foods. You can use different apps and tools to help build up your knowledge base (e.g. MyFitnessPal).

You don’t need to track calories. But you need to have a realistic idea of your consumption. When you hit a weight plateau you can easily make adjustments and lower your intake. Otherwise, you’re flying blind and may spin your wheels forever.

Which Exercises Target the Lower Abdomen? 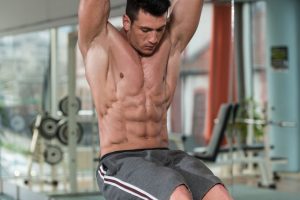 There are two things you need to consider. Your overall level of leanness, and muscle development. When it comes to having a well-defined 6 pack it’s mostly about how lean you are. Body fat levels play a bigger role than the amount of muscle you carry.

Yes, having more muscle is always a good thing. But a muscular body covered by layers of fat is not an impressive one. There’s another problem. Muscles respond to tension generated during a workout. But fat responds to the overall energy (calorie) balance.

You don’t burn a lot of calories doing ab exercises. You need to actively restrict your calorie intake with diet, and add more energy-demanding exercises. Otherwise, you won’t get lean.

How to Achieve a Defined Six Pack

When it comes to training, you can sometimes skip accessory work. If you’re doing heavy compounds (e.g. squats, deadlifts, etc.) your abs are getting plenty of stimulation. Few people need to train their core directly.

However, if you’re already very lean and still lack definition, you can throw in a few leg-raise exercises. That type of movement stimulates the lower abs quite well. Examples include:

What’s the Difference Between Men and Women? 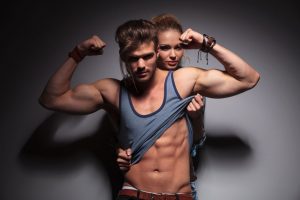 At the same body weight, women have more fat than men. The amount of essential body fat for each sex is not the same. Men can get as lean as having 6-7% body fat. For women that number is 14-15%. Though the body starts resisting fat loss long before those points are reached.

Despite having an easier time getting lean, men do struggle to get a six-pack. Guys accumulate fat mostly in the abdomen area. To make matters worse, lower belly fat is especially hard to get rid of. This is rarely the case for women. They burn abdomen fat much faster.

Adipose tissue distribution is determined by hormones. Since men and women have different hormonal ratios, stubborn fat is concentrated in different parts of the body. For women, those are the hips and thighs. For guys, the abdomen.

Yes, there are some genetic variations. Some guys may have an easier time getting a clear six-pack. But generally the lower abdomen is one of the last places to burn the fat.

There’s no sugar-coating this fact. If you struggle with lower belly fat, this is normal. Just keep getting leaner and eventually you’ll lose fat from every place of the body.

How Lean You Need to Get to See Your Lower Abs? 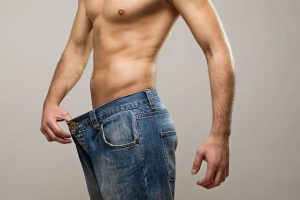 You can’t control when and where you burn fat. During different periods you’ll be losing fat from different parts of the body (e.g. legs, back, arms, etc). There may be some pattern. But it’s going to be slightly different for everyone.

At a given body fat percentage different people will be holding on to different amounts of belly fat. However, those differences are not great. Also, past a certain point, most people have a similar body composition.

Around 10-12% body fat most guys already have a flat stomach. There may be some fat left. But to completely get rid of it is really hard. Levels below 10% are unsustainable for most people. Note that body fat levels are hard to measure accurately. There are also a lot of individual differences. It’s hard to know when exactly you’ll achieve the look you want.

Though the more defined your upper abdomen is getting, the closer you are getting to your goal. But if you still can’t see your upper abs clearly, you have a lot of work ahead of you.

How Long It Takes to Get Shredded? 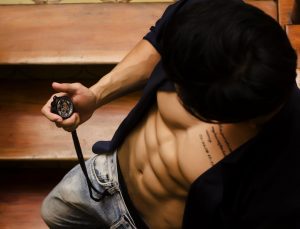 Contrary to popular belief, fat loss is generally not a slow process. It’s much easier when you have a system that works. In fact, obese individuals can lose up to 5lbs a week. The more excess fat you have, the faster your rate of loss.

Progress slows down as you get leaner. If you’re 50 lbs overweight, losing your last 10 lbs may take as much time as dropping the first 40. And if you want to get from average to ripped, the pace is even slower. Your starting point will determine how long it will take.

Let’s assume your goal is to get to 10% body fat. At this point, you’ll be very lean. Here are a few rough estimates based on different starting points:

Writer’s note: most people are notoriously bad at estimating their body fat levels. It’s common for some men to think they’re at 15%, when in fact they are closer to 25%.

There are a lot of variables that can influence your progress. Though experienced dieters and people with good genetics may lean down much faster. In some cases taking diet breaks may be needed. This can extend the process.

Let's Work Together To Take Your Fitness To The Next Level

You might be a fit for the Fitness Mastery mentoring program. Here's how to apply:

Step 1 - Book a Free Assessment Call
This is a complimentary session where we will talk about your goals and tell you what you need to get there.

Step 2 - If you're a good fit to join our mentoring program you will be invited.

Click the button below to get your free assessment.